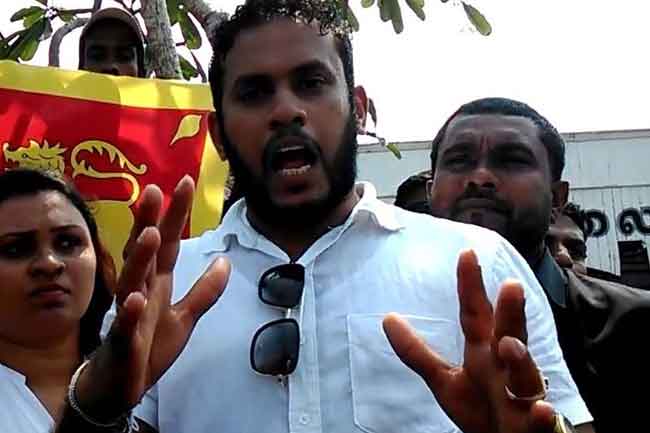 The convenor of the Nawa Sinhale National Movement, Dan Priyasad, who was arrested by the Colombo Crimes Division (CCD), has been granted bail by the Colombo Magistrate’s Court.

The suspect was produced before Colombo Additional Magistrate Priyantha Liyanage by the CCD today (15).

The CCD informed the court that the suspect had verbally abused and threatened a Muslim individual at Meethotamulla on Monday (May 13) and that further investigations were carried out on this.

The defence counsel appearing on behalf of the accused requested the court to release his client on bail as it was a bailable offence.

Accordingly the Additional Magistrate accepted the request and ordered that he be released on two personal bails of Rs 500,000 each and also ordered him to report to the CCD between 9am and 12noon every Sunday.

The court imposed further bail conditions such as ordering him to refrain from engaging in any activities that cause communal disharmony.

The case was postponed to July 09.