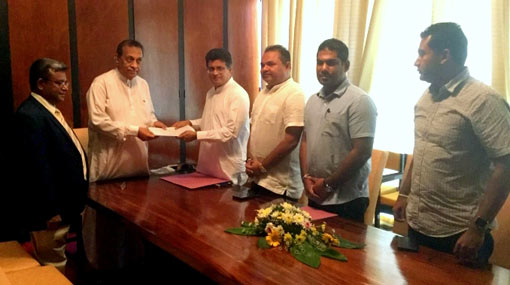 The No-Confidence motion against Minister Rishad Bathiudeen has been handed over to Speaker Karu Jayasuriya a short while ago, stated MP Udaya Gammanpila.

The Pivithuru Hela Urumaya (PHU) Leader stated that the motion has been signed by nearly sixty-six parliamentarians including the MPs of the Opposition.

MP Shehan Semasinghe stated that they will request the Speaker to immediately fix a date for the debate of the relevant motion.

The no-confidence motion against the Minister of Industry & Commerce, Resettlement of Protracted Displaced Persons, Co-operative Development and Vocational Training & Skills Development Rishad Bathiudeen is brought by the parliamentarians of the Opposition including MP Athuraliye Rathana Thero.