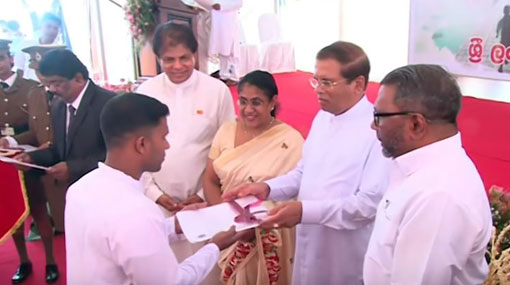 The ceremony granting pardon for the prisoners was held at the Welikada Prison Grounds this morning.

Addressing the ceremony, President Sirisena appealed to the inmates who were granted pardon for Vesak to refrain from committing such offences again.

The President emphasized that he bears the responsibility for their release of these inmates, and the blame would be put on him for granting them pardon if the released inmates engage in crimes after stepping back into the society.

President Sirisena further commented that he would change the social conditions which cause the background for the increase of criminal activities.