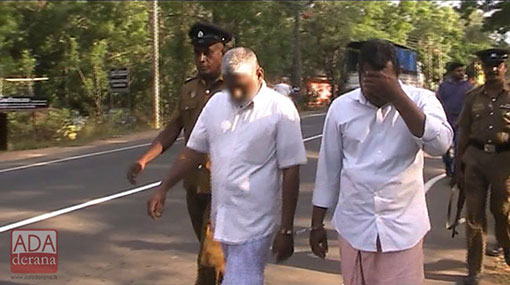 The principal and the vice principal of two Muslim schools, who were arrested on Thursday (16) on suspicion of having close links with the ringleader of the series of attacks on Easter Sunday and the leader of National Thowheed Jama’ath (NTJ) Zahran Hashim, have been further remanded.

The two suspects were produced before the Kebithigollewa Magistrate’s Court yesterday (19) and ordered to be remanded until the 28th of May, said Ada Derana reporter.

They were arrested by the Special Task Force at Paththewa in Horowpathana area.

It was reported that the two suspects are well versed in the future plans of the NTJ.

The police further said that Zahran Hashim and Mohamed Ibrahim Ansar have established NTJ mosques in the area and entrusted them with Abdul Rasool and Mohamed Mijam.

The suspects were produced before the Kebithigollewa Magistrate’s Court on May 17th, and the police were granted permission to detain the duo for 72 hours and question them.