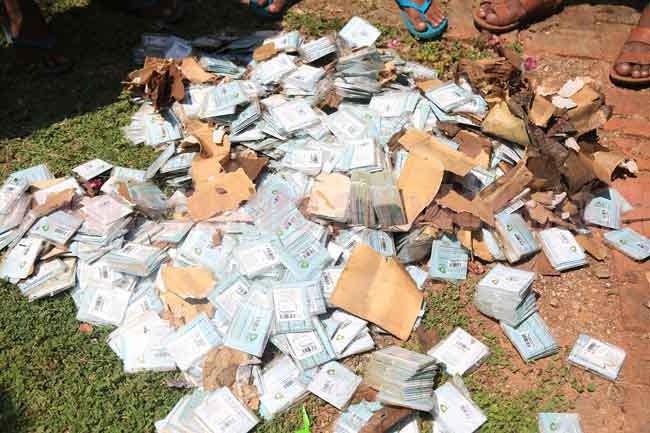 The police stated that 1475 SIM cards used for mobile phones were found in Ma Oya in the Kochchikade area in Negombo. A stock of unused SIM cards has been found at a wooded area near Ma Oya, last evening (20).

The SIM cards had been inside a sack and they belong to a certain private company, stated Kochchikade Police.

The sack of unused SIM cards has been found at a raid based on a tip-off received by the Kochchikade Police, according to Police Media Spokesperson’s Office.

However, Ada Derana reporter stated that these SIM cards were found by a group of youths who had gone fishing at Ma Oya.

Meanwhile, a name and an address of a woman have also been found among the SIM cards.

Kochchikade police are conducting further investigations on the matter.