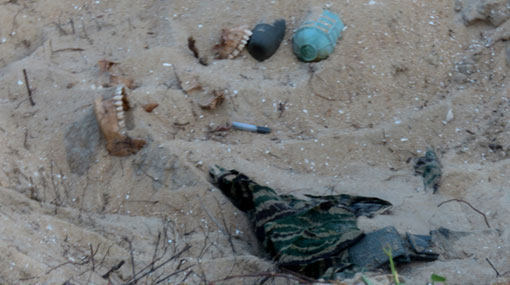 Several human bone fragments recovered along with parts of LTTE cadre uniforms from Vellamullivaikal beach in Mullaitivu are to be unearthed today (21).

The Mullaitivu Police had received a complaint regarding several bone fragments and parts of LTTE uniforms found from a plot of land owned by a fisheries association in the west part of Vellamullivaikal beach.

According to the police, Mullaitivu Magistrate’s Court has been subsequently informed in this regard and court orders have been obtained to conduct inspections at the site today (21), Ada Derana correspondent said.

The site inspections and excavations will be headed by the Judicial Medical Officer of Jaffna Hospital.

Police officers have been deployed to beef up the security at the site and Mullaitivu Police is conducting further investigations in this regard.