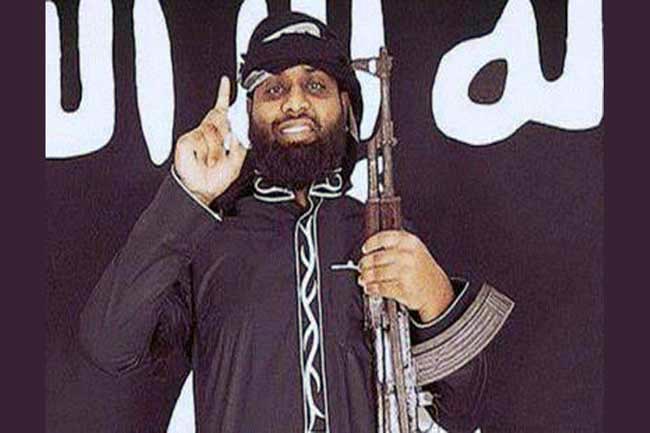 It has been confirmed that Zahran Hashim, the alleged ringleader behind the Easter Day bomb attacks, has been killed in the attack at the Shangri-La hotel in Colombo.

This has been determined when comparing DNA samples of Zahran with samples of his daughter and his wife, stated the Government Analyst’s Department.

It has been revealed that Zahran Hashim had been one of the two suicide bombers who attacked the Shangri-La Hotel on Easter Sunday (April 21).

However, as there had been suspicions over the death of Zahran, the court had ordered for a DNA comparison between Zahran and his daughter who was rescued from the Sainthamarudu blast site.

Accordingly, the Government Analyst’s Department stated that the DNA samples collected from body parts of Zahran at the Shangri-La blast site and the DNA of the blood sample collected from his daughter are a match.

The relevant report is set to be delivered to the Criminal Investigation Department (CID), today (21). Thereafter, the report will be forwarded to the court.

Meanwhile, Police Media Spokesperson SP Ruwan Gunasekara, holding a press conference, stated that the DNA test report of the Government Analyst’s Department confirms the identities of the bombers behind the Easter Day attacks.

Accordingly, the DNA samples from the two brothers who attacked the Shangri-La hotel and the Cinnamon Grand hotel, Mohamed Ibrahim Ilham Ahamed and Mohamed Ibrahim Inshaf Ahamed, have been matched with their father Ibrahim. Ilham Ahamed bombed the Shangri-La hotel along with Mohamed Cassim Mohamed Zahran while Inshaf Ahamed attacked the Cinnamon Grand hotel.

DNA of Alaudeen Ahamed Muath, the bomber of Kochchikade Church, was matched with his parents’, stated Gunasekara.

Kingsbury bomber, Mohamed Assam Mohamed Mubarak’s DNA has been matched with the DNA of his wife and the child.

DNA of bomber of Dehiwala Tropical Inn, Abdul Lathief Jameel Mohamed, has been tested against the DNA of his wife and children.

The two blasts at Dematagoda were carried out by the wife of Shangri-La bomber Ilham Mohamed, Mohamed Fathima Jifri. The three children killed in the attack have been identified as the children of Ilham and Fathima.

Government Analyst’s Department has officially declared that DNA of all bombers are positive matches with the DNA samples obtained from their relatives.