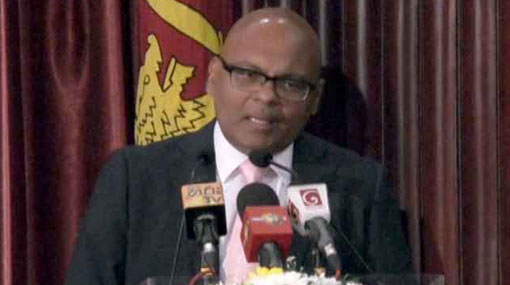 Easter Sunday attacks not a failure of intelligence - Rohan Gunaratna

One of the major reasons for the Easter Sunday attacks in Sri Lanka was the collective failure of leadership, says international terrorism expert Dr. Rohan Gunaratna.

Addressing an event held in Colombo yesterday (21), Dr. Gunaratna, who is a Professor of Security Studies at the S. Rajaratnam Centre for International Studies in Singapore, said intelligence should be constantly generated where national security is concerned.

“It is a crime to have intelligence and not act [on it]. Easter Sunday attacks were not a failure of intelligence, it’s an operation failure. A failure to act. Because politicians played with national security and the security was compromised,” Dr Gunaratna emphasized.

Explaining why terrorist leader Zahran Hashim’s group and other networks that the IS had connections with could not be monitored, Dr Gunaratna said the indomitable spirit that must be inculcated in the hearts and minds of those who serve the national military sector, either military, law enforcement or intelligence, was steadfastly eroded due to certain action taken by the incumbent government.

Commenting further in this regard, he said the government had removed the roadblocks after assuming power in 2015, an action which should never have been done. “Because we had 11,500 rehabilitated terrorists [in the country] but still we wanted security and intelligence platforms to remain.”

There was a grid of security that was created where every village, town and road was covered by the intelligence service, but these security and intelligence platforms were also dismantled, he said.

It was a fatal mistake to tell the military go to barracks since the interaction between the nation’s Army and the public was lost owing to this, Dr Gunaratna noted.

This may be something that the western countries had wanted, as well as minority political parties such as the Tamil National Alliance, he said further. “But these were mistakes that we should never have made,” Dr Gunaratna emphasized.

A senior Muslim military officer, who had the best expertise on Zahran Hashim’s group, was also sent overseas, and the operating wing of the military intelligence, which is a very large organization of nearly 5,000 operatives, was demobilized, Dr. Gunaratana further claimed.