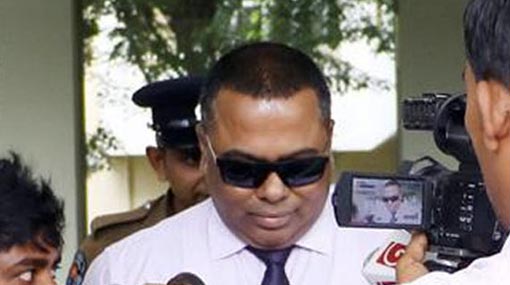 Former DIG Nalaka de Silva, who was arrested in connection with the alleged VIP assassination plot, has been granted bail by the Colombo Fort Magistrate’s Court.

The case against the former DIG was taken up before the Colombo Fort Magistrate today (21), while a bail application filed on his behalf was taken up for consideration.

De Silva, the former Director of the Terrorism Investigation Division (TID), was arrested by the CID on October 25, 2018, over a suspected plot to assassinate President Maithripala Sirisena and former Defence Secretary Gotabaya Rajapaksa, based on information revealed by a former police informant.

In September last year, the Director (Operations) of Anti-Corruption Movement, Namal Kumara, had revealed information of the conspiracy and the alleged conversations that he had with former DIG Nalaka de Silva regarding the matter and other controversial topics.

The CID subsequently commenced investigations regarding the alleged conspiracy and recorded statements from both Namal Kumara and the former DIG on multiple occasions.

Nalaka de Silva was arrested by the Criminal Investigations Department (CID) after he gave a statement on October 25 and has been in remand custody ever since as his bail applications were rejected on multiple occasions.