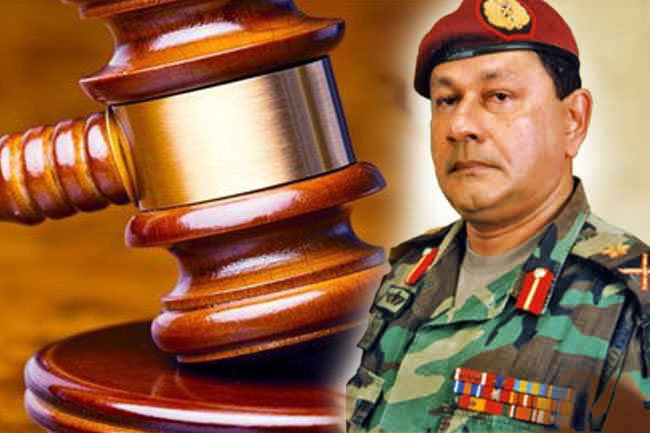 Anuradhapura Special High Court today imposed a life sentence on the second accused of the case over the killing 31 people including Major General Janaka Perera in 2008.

An ex-LTTE carder, who was the first accused in this case, had pleaded guilty and was sentenced to 20-year rigorous imprisonment by the Anuradhapura High Court on September 5, 2014.

Sanmuganathan Sudhaharan, an officer linked to the LTTE suicide wing, had been found guilty on two counts of conspiring and abetment to the suicide bombing.

The second accused in the case, Hameer Umar, had pleaded not guilty to the charges.

In September 2015, following a directive by the Chief Justice the hearings of the case were transferred to the Anuradhapura Special High Court.

Thirty-one people, including Major General Perera and his wife, were killed in the blast while over 90 others were wounded on October 06, 2008.

Perera was feared as a military officer by the Tamil militant group as he had thwarted many rebel attacks on government troops during the over three-decade civil war.

He was serving as Opposition Leader of the North Central Provincial Council, following his retirement from the military, at the time of his death.