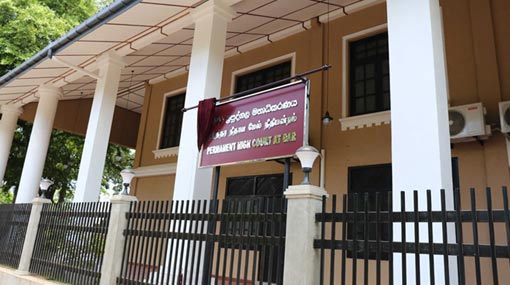 The second Permanent High Court-at-Bar established to hear cases of large-scale financial irregularities commenced hearing its first case a short while ago.

The case was filed against a doctor who solicited a bribe of Rs 75,000, stated Ada Derana reporter.

The government decided to set up three Special High Courts to hear the cases related to fraudulent acts, misuse of public property and acts of bribery.

The amendment bill to set up Special High Courts was passed in the parliament on 9th May 2018 and accordingly, the first Special High Court was officially set up on 21st of August 2018 at the Hulftsdorf court complex.

The Chief Justice recently appointed Justices Rathnapriya Gurusinghe, Amal Ranarajah, and Shashi Mahendran as the permanent Trial-at-Bar at the second Special High Court, located at Hall No. 1 at the Colombo High Court.