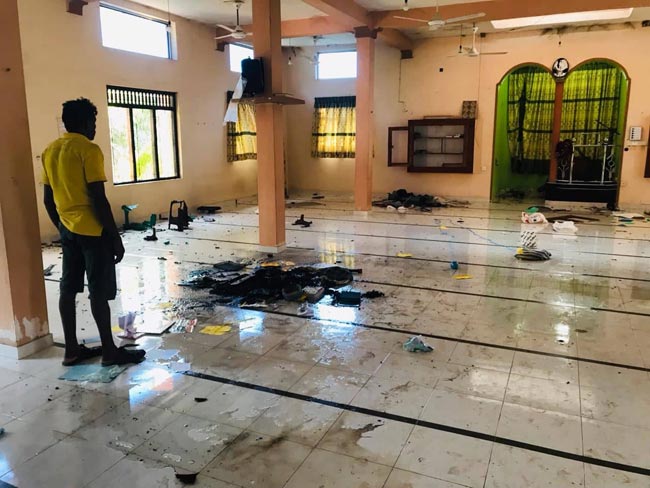 Mosques damaged in clashes to be compensated

Cabinet approval has been granted for the compensation of the mosques which were damaged in the recent clashes that occurred at several areas of the country.

The compensations for the mosques will be carried out under the same method as compensation of the victims of the Easter Day terrors attacks.

Accordingly, compensations will be made for the repair the Muslim mosques which were damaged or destroyed in clashes.

The relevant proposal has been presented to the Cabinet of Ministers by Prime Minister Ranil Wickremesinghe.