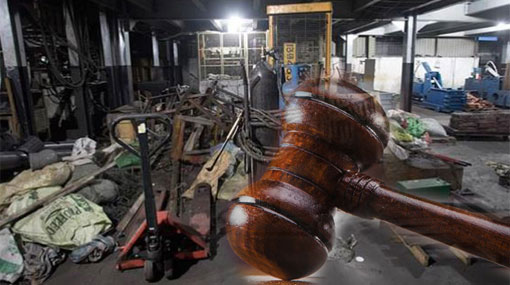 Eight suspects, who were granted bail following their arrest at the copper factory believed to be owned by one of the Easter Sunday suicide bombers, have been issued notices to appear before the court on the 27th of May.

Accepting a request made by the Wellampitiya Police, the Colombo Additional Magistrate Priyantha Liyanage today (22) issued notices on the suspects.

Mohamed Ibrahim Insaf Ahmed, the suicide bomber responsible for the blast at the Cinnamon Grand in Colombo on April 21, is the owner of the copper factory at Wellampitiya.

On April 22, nine employees of the factory were arrested by Wellampitiya Police and remanded until May 06 after being produced at the Colombo Magistrate’s Court.

When the case was taken up on May 06, the court released the nine suspects on bail while it had been widely reported that the suspects were granted bail due to an error or oversight on the part of the officers of the Wellampitiya Police Station.

Meanwhile, the Officer-In-Charge (OIC) of Wellampitiya Police was transferred to the Galle Police Division with immediate effect this afternoon.