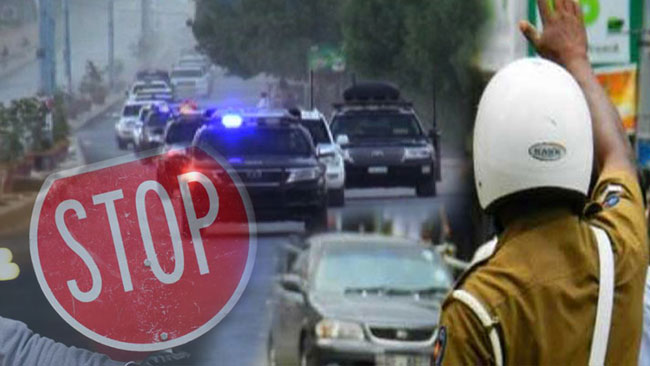 President orders not to inconvenience public by closing roads for VIPs

President Maithripala Sirisena has instructed the police and security forces not to close roads in a manner that would inconvenience the public during VIP movement.

The President has issued instructions that in no way should roads be closed for VIP vehicles in a manner that inconveniences the public.

The President had directed his attention to this matter during the Cabinet meeting held yesterday (21), the President’s Media Division (PMD) said.

He had issued these instructions while taking into consideration the inconveniences caused to the general public due to the closure of roads for VIP vehicle convoys.

Accordingly the President has notified relevant officials to inform regarding this to the security officers of VIPs and also instructing them to drive VIP vehicles in a manner that does not inconvenience the public.