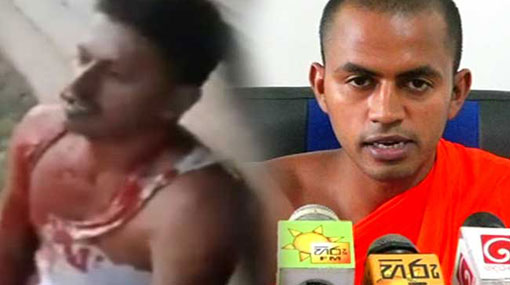 Legal action should be immediately taken against governors M.L.A.M. Hizbullah and Azath Salley as well as Minister Rishad Bathiudeen for their direct involvement in the attacks, says the Chairman of ‘Sinhale Api’ National Movement Venerable Jamburewela Chandarathana Thero.

Addressing a press conference held in Colombo today (24), he further commented on an attack carried out by Zahran Hashim’s group against Sufi Muslims in Kattankudy on 10th March 2017.

The then OIC of Kattankudy Police, Ariyabandu Welagedara, was transferred to another police station on 10th of July 2017 while police investigations into the incident were ongoing, Ven. Chandarathana Thero said.

He further stated that a comprehensive investigation should be commenced into the then OIC of Kattankudy Police and the former chief minister of Eastern Province.

By the time the next OIC of Kattankudy Police assumed duties, Kattankudy police had already two warrants in two court cases against Zahran, however, he had not been arrested, Ven. Chandarathana Thero alleged.