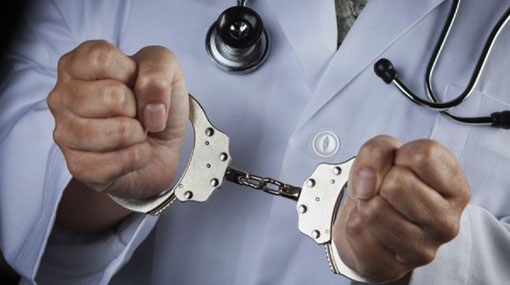 A 42-year-old doctor attached to the Kurunegala Hospital has been arrested over assets earned through suspicious means, Police Spokesman SP Ruwan Gunasekara said.

The arrested doctor has been identified as Seigu Siyabdeen Mohamed Shafi, 42, a resident of Weerasinghe Mawatha in Kurunegala.

He was arrested last night (24) based on information received by Kurunegala Police in order to investigate his assets and the means by which he had earned them.

UPDATE: The arrested doctor in question is reportedly a member of Minister Rishad Bathiudeen’s All Ceylon Makkal Congress (ACMC) and had contested the last General Election from the Kurunegala District under the UNP.