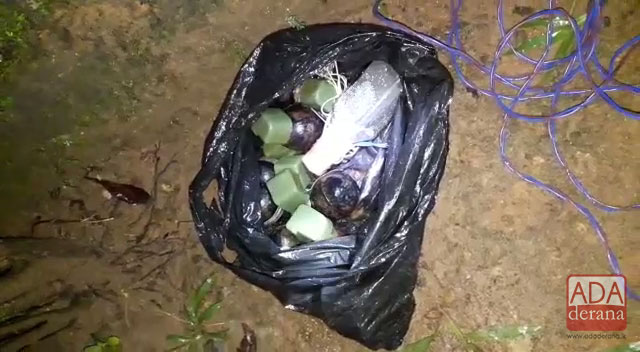 Suspect arrested over grenades near Baduraliya school handed over to CCD

The suspect arrested in connection with the discovery of a parcel containing hand grenades near a school in Baduraliya, has been handed over to the Colombo Crimes Division (CCD).

However, he has been handed over to the CCD who will handle the investigation into the incident, the Police Spokesman SP Ruwan Gunasekara said.

Baduraliya police had recovered a parcel containing hand grenades on Thursday (23) night, acting on the information received in this regard.

Army Bomb Disposal team, troops and police personnel searched the Dikhenapura Primary School premises in Baduraliya on information given by the Police and detected 13 hand grenades and 17ft long flexible wire inside a parcel.

Complying with the orders obtained from Mathugama Magistrate’s Court, the recovered hand grenades were defused by the bomb disposal unit of the Army.

Two police units were deployed to probe the incident and the said suspect had been taken into custody.