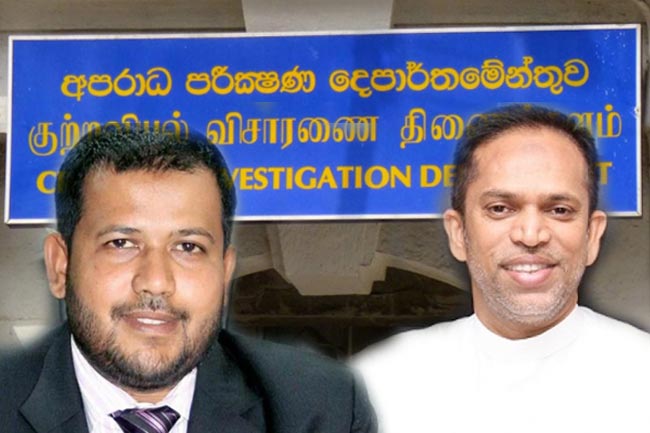 Two complaints against Hisbulla and Rishad submitted to CID

The two complaints have been lodged at the Police Headquarters the ‘Ravana Balaya’ organization and the Buddhist Information Center.

The ‘Ravana Balaya’ organization has lodged a complaint calling for law enforcement against the Easter Province Governor M. L. A. M. Hizbullah and Minister Rishad Bathiudeen on the 15th May, charging that they abetted terrorism.

On 24th May, the Executive Director of the Buddhist Information Center Ven. Agulugalle Siri Jinananda Thero filed a complaint against Hizbullah over allegations of contempt of court and influencing the court. They have called for an investigation against the governor on these charges.

Accordingly, the Police Head Quarters have directed the CID to launch investigations on these complaints.