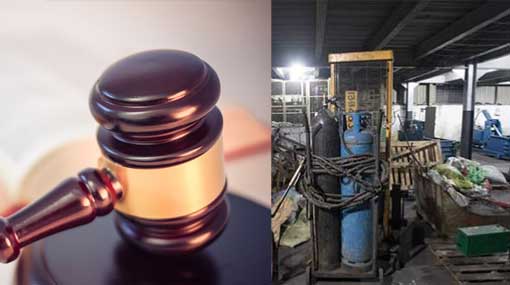 Karupayya Rajendran Abdulla, one of the employees at the copper factory in Wellampitiya owned by the suicide bomber at the Shangri-La Hotel, has been further remanded until June 10th.

When the case was taken up this morning (27), the other 8 suspects, who were previously released on bail, appeared before the Colombo Additional Magistrate Priyantha Liyanage as per the summons issued on May 6th.

Stating that information was recovered on alleged close links between Karupayya Rajendran Abdulla and the leader of National Thowheed Jama’ath (NTJ), the Terrorism Investigation Division (TID) requested the court to further remand the until June 10th as investigations against the suspect are still underway.

The TID stated that legal action would be sought against Karupayya Rajendran, the tenth suspect of the case, under the Prevention of Terrorism Act (PTA).

The TID told the court that further investigations into the other nine suspects are still being carried out and that their involvement in the terrorist activities is not confirmed as of yet.

Accordingly, the Additional Magistrate ordered the nine suspects, who were released on bail, to give statements to the TID until June 10th starting from tomorrow (28).