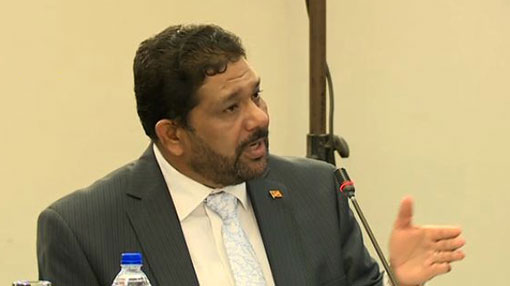 He said that the Chairman of the committee Deputy Speaker Ananda Kumarasiri has notified that he will be absent during today’s meeting.

Meanwhile the select committee members MP M.A. Sumanthiran and Minister Ravi Karunanayake were also absent at the start of the meeting, however they had notified that they will be arriving late.

Former Defense Secretary Hemasiri Fernando, Head of the State Intelligence Service (SIS), and the Inspector General of Police (IGP) Pujith Jayasundara are among those who had testified before the committee so far.