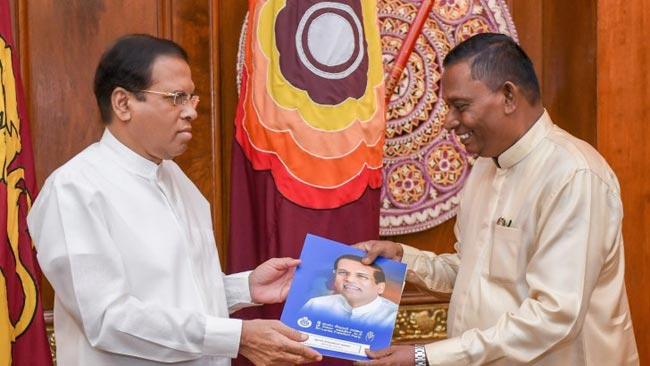 The new Sri Lanka Freedom Party (SLFP) constituency and district organizers were appointed this morning (11) at the President’s Office.

The new constituency and district organizers received their letters of appointment from the President of SLFP, President Maithripala Sirisena.

Namal Suranga has been appointed as the Gampaha – Ja-ela organizer