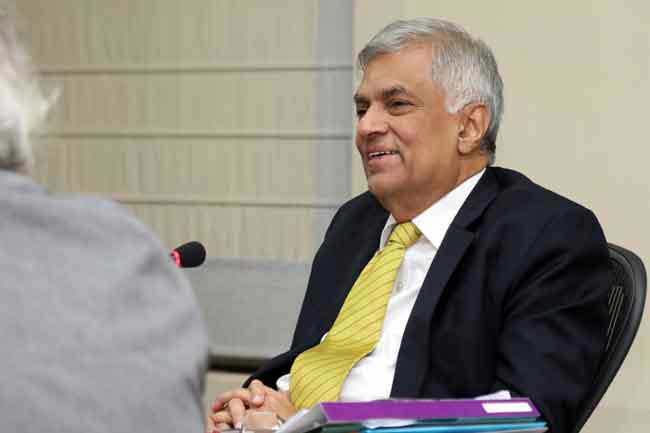 Prime Minister Ranil Wickremesinghe says that the Cabinet of Minister will not cease to exist just because Cabinet meetings are not conducted.

“I have been appointed Prime Minister as the leader of the party with the majority of seats. I have appointed the cabinet of ministers with the approval of the parliament”, he pointed out.

The Prime Minister said that he will never act to betray the sovereignty of the people of the parliament.

“When the Select Committee was appointed, it was requested to of two things. One was to conduct an expeditious investigation regarding Rishad Bathiudeen and arrive at a decision on the charges against him.

The second request was to remove media when collecting evidence from intelligence officials”, he said.

“Racist speech must be stopped at least now. They only result in major harm”, he further said.