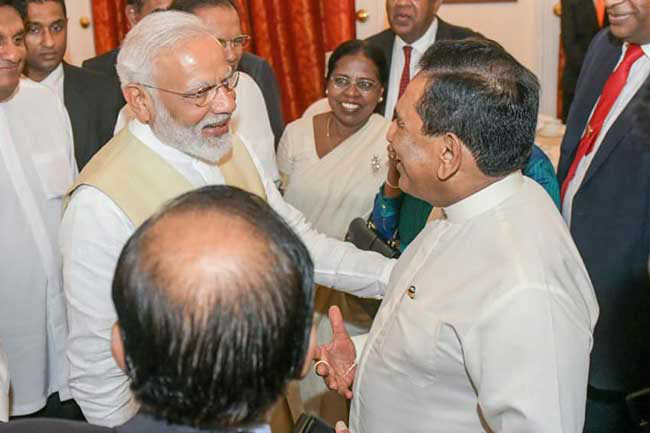 Indian Prime Minister Narendra Modi has assured that he will give his complete support to improve the health service of Sri Lanka, according to Minister of Health Rajitha Senaratne.

The Indian Prime Minister has mentioned this at a meeting with the Sri Lankan Ministers at the Presidential House when he came to Sri Lanka for a one-day state visit.

The Health Minister stated that he will be discussing the matter with the Indian Premier in the future.

Minister Senaratne had also added his wishes to Modi when he was re-elected as the Indian Prime Minister at the Indian General Election.