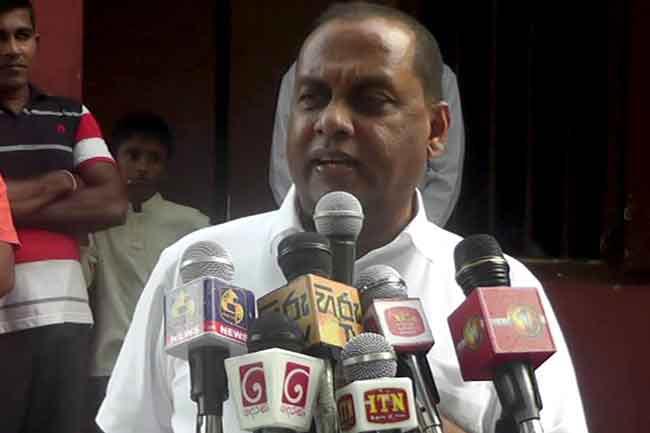 One ministry for all religions; no political parties based on religion - Amaraweera

Measures will be taken to create the necessary legal provision to suspend the formation of political parties based on race or religion, stated United People’s Freedom Alliance (UPFA) General Secretary MP Mahinda Amaraweera.

Amaraweera stated that he has notified that there is no need for separate ministries for each religion.

He says that one ministry as a ‘religious affairs ministry’ is sufficient for the country and this ministry should be assigned under the Head of State.

According to him, the proposal for this is under discussion and it will be implemented in the future.

Furthermore, the establishment of religious centers should be limited, says UPFA General Secretary. Even Buddha statues need not be placed everywhere, he added.

Stating religious places such as temples, Kovils, and mosques must be built under one law, he further said that political parties must not be based on religious theories.