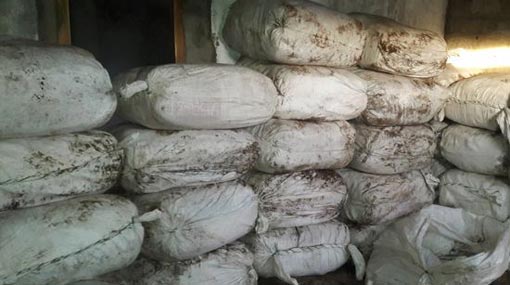 During a raid conducted in Tharapuram area, a group of naval personnel attached to the North Central Naval Command recovered this stock of Beedi leaves stored in a house.

The recovered Beedi leaves were in 30 parcels. The naval personnel also discovered a cart used to transfer Beedi leaves from the shore to the house.

The 03 suspects have been identified as residents of the same area, aged 25, 48 and 60. The suspects along with Beedi leaves and cart were handed over to the Jaffna Customs for onward action.

The Navy had seized over 14,000kg of Beedi leaves this year alone and will continue to extend its operations to curb this kind of illegal activities all the time.