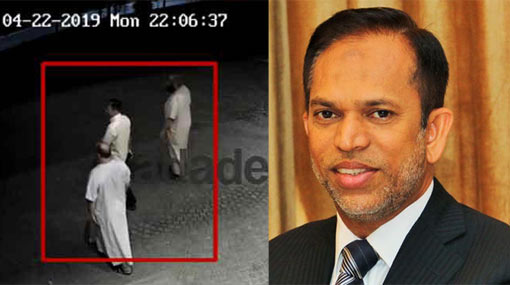 The committee questioned the former governor on the Batticaloa Campus and the claims regarding his alleged links to the ringleader of the Easter Sunday terrorist attacks, Zahran Hashim.

However, the committee did not raise any questions pertaining to the CCTV footages that were released to the media, in which Hizbullah was captured meeting several persons who could be identified as Saudi Arabian nationals at a hotel in Pasikudah.

When Ada Derana questioned UNP MP Prof. Ashu Marasinghe, member of Special Parliament Select Committee, in this regard, he said they had ‘forgotten’ to question him on the matter.

On June 3rd, CCTV footages of an alleged meeting between former Eastern Province Governor M.L.A.M. Hizbullah and some other persons who were said to be Saudi Arabian nationals were released to the media.

The meeting took place on the 22nd of April, a day after the Easter Sunday carnage.

The CCTV footages had captured several persons coming out of the hotel building to greet the former governor and him entering the hotel with them.