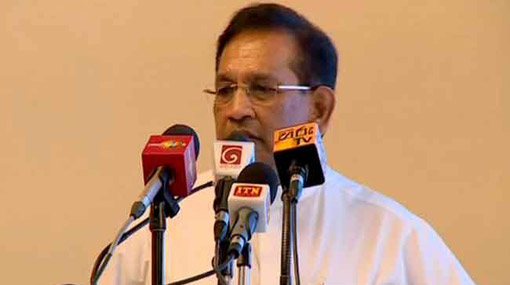 Minister of Health, Nutrition and Indigenous Medicine Dr Rajitha Senaratne says he will not allow the import of foreign cigarettes to Sri Lanka as long as he is in office as the health minister.

Minister Senaratne stated this addressing an event held today (17) in view of the World No-Tobacco Day.

Smuggling illegal cigarettes is showing a considerable increase at present, but some of these stocks are imported by those who are involved in the local tobacco industry itself, the Health Minister added.

However, it is also them who send the tip-off to the Customs to make arrests in order to get good publicity for themselves, Minister Senaratne claims. Their attempt is to imply that exorbitant prices of local cigarettes are the reason for importing foreign cigarettes into the country, he added.

Stating that Chinese cigarettes have become the newest threat to Sri Lanka, the Health Minister complained that the authorities now have to probe not only local cigarettes but also the ones imported from China.

This can tarnish the reputation that Sri Lanka has with the World Health Organization, the minister stressed.

He then vowed that he would not allow the import of foreign cigarettes as long as he is in office as the health minister.