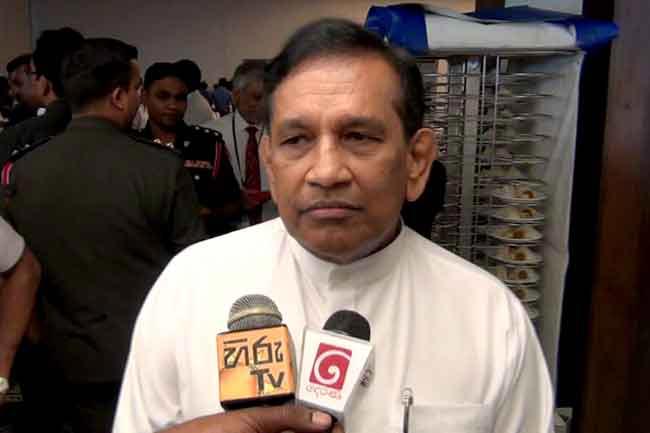 I will not retain a govt. that murders people - Rajitha

Minister of Health Rajitha Senaratne says that he will not retain in a Cabinet which acts to import foreign cigarettes.

Senaratne mentioned this when media personnel inquired on his future action as the Health Minister regarding the statement by Finance Minister Mangala Samaraweera that Chinese cigarettes should be imported to Sri Lanka.

He said that importing foreign cigarettes in addition to the existing cigarettes in the country cannot be approved at all and that he is completely against such a decision.

As the Health Minister and a doctor, he will not remain in a government that murders people, said Senaratne.