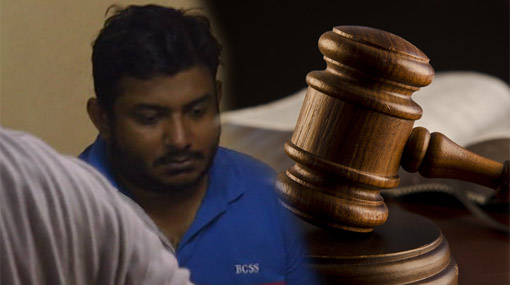 The Colombo District Organizer of the National Thowheed Jama’ath Mohamed Farouk Mohamed Fawaz has been further remanded until 2nd of July.

The suspect was produced before the Colombo Chief Magistrate Lanka Jayaratne today (18).

Western Province Intelligence Division told the court that the reports on the investigations that were carried out into this suspect have already been handed over to the Keselwatte Police Station.

The police further said that items seized from the suspect during the arrest were previously submitted to the Government Analyst, however, the relevant report has not been received yet.

The police sought the chief magistrate to submit a reminder to the Government Analyst on the matter.

Considering the submissions, the chief magistrate ordered to further remand the suspect until the 2nd of July.

The police had uncovered mobile video footages recorded by Mohamed Fawaz at the sites of explosions on after the attacks took place on Easter Sunday.