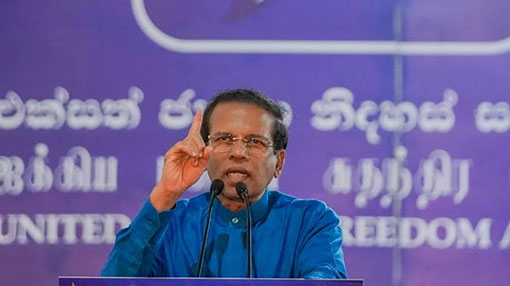 President Maithripala Sirisena says that an honorable decision, which will not cause an injustice to the party of the supports, will be taken as the Sri Lanka Freedom Party (SLFP) at the next presidential election.

He made these comments during a meeting with the female local politicians representing the SLFP Women’s Front at the party headquarters in Colombo today (19).

The President further stated that the Sri Lanka Freedom party will be guided through a strong political process of which all party supporters will be content.