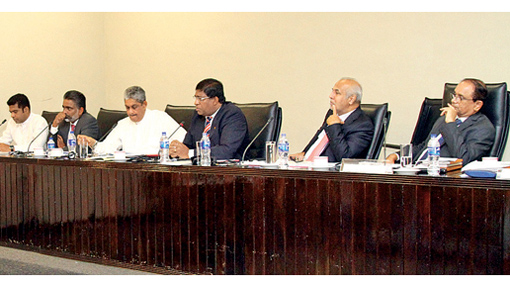 Select Committee decides not to disclose certain testimonies to media

The Special Parliament Select Committee looking into the terrorist attacks on Easter Sunday has decided to keep the identity of certain witnesses confidential, says the Deputy Speaker of Parliament Ananda Kumarasiri.

The committee will also record certain testimonies without the presence of the media persons, the Deputy Speaker said further.

This decision was taken at the meeting of the Select Committee convened yesterday (19).

It is reported that the committee members had discussed on concluding its functions before the end of July.

The members have also prepared a list of witnesses to be summoned to future meetings of the committee for testifying.

Representatives of several Muslim organizations including Abdul Razik of Ceylon Thowheed Jama’ath will give evidence before the Parliament Select Committee today (20), the Deputy Speaker commented further.