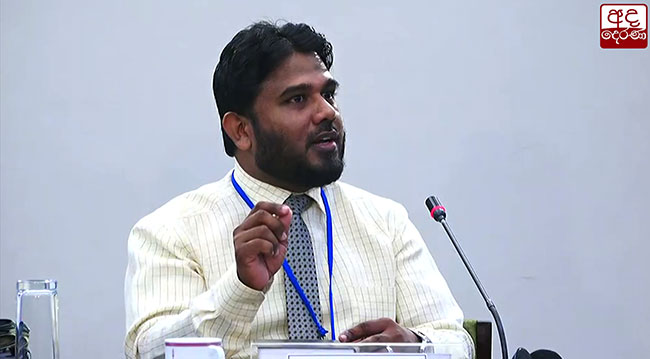 Notified the TID about Zahran in 2016 - CTJs Abdul Razik

The General Secretary of Ceylon Thowheed Jama’ath (CTJ) Abdul Razik says they informed the Terrorism Investigations Division (TID) authorities regarding the terrorist Zahran Hashim three years ago when the latter started speaking about ‘jihad’ in the open.

Testifying before the parliamentary select committee probing the Easter Sunday attacks, he said that towards the end of 2016, “Zahran the terrorist” posted videos on his Facebook page supporting the concept of ‘Jihad’.

He said that without directly asking people to engage in acts of violence in Sri Lanka, Zahran justified the Jihad movements being carried out internationally in his speeches.

Razik said that he personally provided that video, which was posted on Zahran Facebook page, to an officer of the TID in 2016.

He said that as a social organization, they have to provide information about them, their organization and any threats in their community when inquired by the intelligence divisions, the TID or any other security agency.

“When they ask us, we are bound to give answers. If don’t give them answers, we are wrongdoers,” he said.

The Secretary stated that in 2013 the TID obtained all the information about their group and all their accounts while they were also told to report with evidence regarding any sudden noticeable changes within their community.

He said that based on that request, they reported this incident to the TID for the sake of national security. “When he started speaking about Jihad ideology we grew suspicious whether this person who is speaking about it in theory today would put it into practice,” he said.

He reiterated that they informed the relevant authorities by calling them and that he also sent the video through WhatsApp while informing that this is a dangerous situation and should be probed immediately.

“No he was not with us. There is absolutely no proof to show he was with us. Certain individuals try to show a connection,” he said.

Razik said that they started the SLTJ in 2005 and that he was in that group until 2018 before breaking away and forming the CTJ.

He also said that Zahran has never said that he was in the SLTJ and that in his speeches he called for the SLTJ to be destroyed.

Razik then proceeded to play a section of a video of a speech delivered by Zahran.

Translating the speech, he said that what Zahran is saying is that the SLTJ and TNTJ reject the concept of jihad, they are misleading the Muslims by showing difference verses of the Quran and that they are the ones who should be destroyed first.

Razik stated that he has neither participated in any discussion with Zahran nor has he spoken in the same stage as him. The reason for this, he said, was due to the fact that Zahran’s group and they differences of opinions and that they belong to different sects.

“I have never met him. We know about him through Facebook. Zahran is a popular character among the groups propagating Thowheed,” he said.

The reason we have never associated with him is because he always holds opposing views to our views, he said. He stated that although both are Thowheed groups, they do not accept the concept of Jihad.

“We believe that only a state has the right to declare Jihad.”