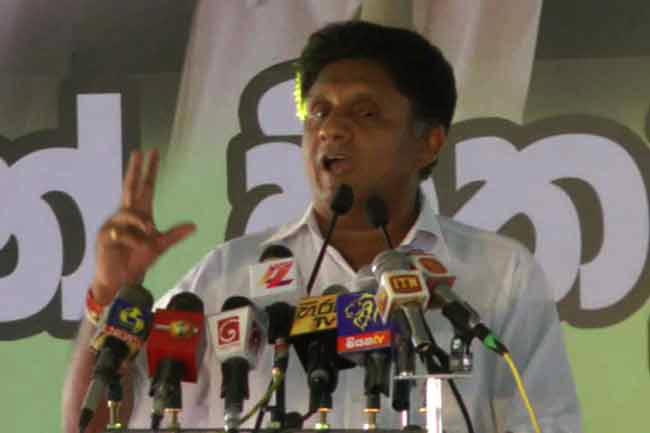 He mentioned this addressing an event held in Hambantota yesterday (22).

He pointed that although it was announced that the poverty in Sri Lanka was reduced down to 6-7%, the amount of persons receiving the Samurdhi allowance is 29%.

He says that during the past government used fake statistics to show a reduced poverty level of the country which elevated Sri Lanka to a middle-income country.

This resulted in the country receiving loans for higher interests instead of funds, Premadasa said. He said, “If they showed the correct statistics, we wouldn’t have needed to get a loan for the port city or the Mattala airport”.