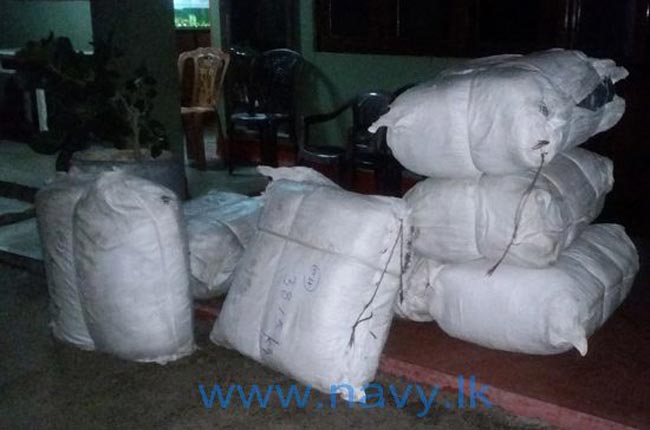 Accordingly, this haul of Kendu leaves was recovered by a group of naval personnel attached to the Northern Naval Command during a raid carried out in the Eastern area of the Paraithivu Island in Jaffna.

The stock of Kendu leaves which were packed in nine parcels has been handed over to the Customs Office in Jaffna for onward action.