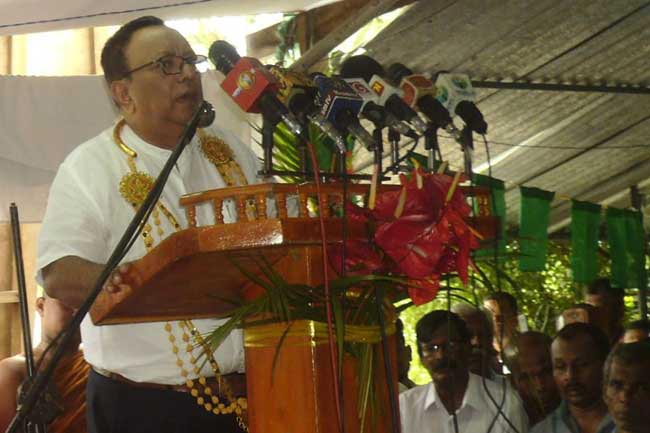 Muslim women covered their faces due to open economy  Haleem

The clothes that Muslim ladies wear to cover their faces came to Sri Lanka following the Open Economy concept in 1977, according to Minister of Posts, Postal Services and Muslim Religious Affairs M.H.A. Haleem.

He says that no one wore such clothing during his parents’ time and that Muslim women covered their heads using their sarees.

“After the Open Economy system, a lot of women left to the Middle East for employment. They brought back these styles of clothes inspired by Arab women”, pointed out Haleem.

“We do not approve of this. Covering the face isn’t approved even by religion. By now this issue has been resolved. Only smaller issues are left now. I believe these would be resolved to”, the Minister added.

Minster Haleem expressed these views at a function held at his office in Mawilmada, Kandy, today (23), to celebrate his reappointment to the Ministerial post.