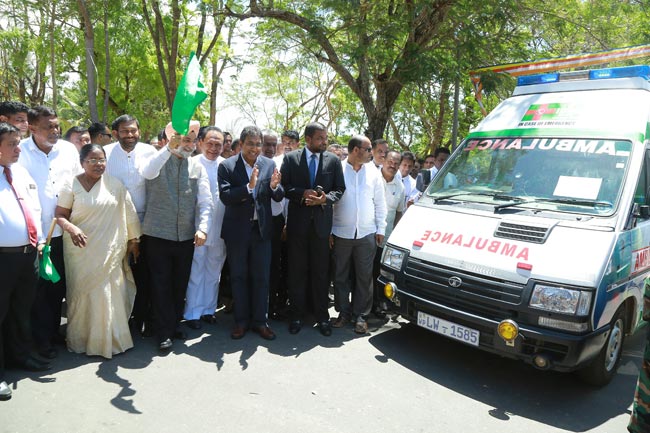 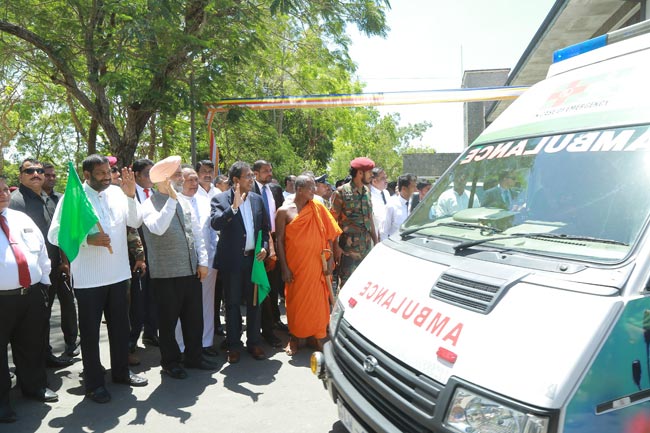 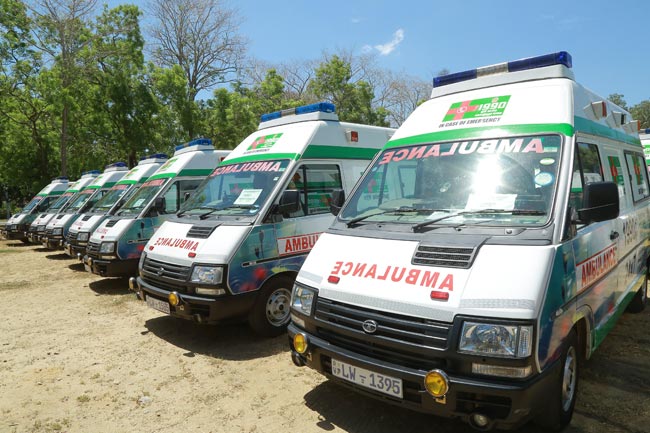 The launch of the historic final step of expanding Sri Lanka’s pre-hospital emergency care revolution to the entire nation took place in Ampara district today (23) under the patronage of the Founder of the 1990 Suwaseriya Ambulance Service, Minister of Economic Reforms and Public Distribution, Dr. Harsha de Silva.

Daya Gamage, Minister of Primary Industries and Social Empowerment and Mrs. Anoma Gamage, Deputy Minister of Petroleum Resources Development was also present at the ceremony. The service was first launched in July 2016 in the Southern and Western Provinces and later in other provinces.

The service now covers all of Sri Lanka, with 297 ambulances operating throughout the country. Of these, 27 ambulances are operating in the Eastern, Trincomalee, Batticaloa and Ampara Districts. To date, the service has responded to 1,133,344 telephone calls and dispatched 219,371 ambulances to reach the patient in an average of 12.58 minutes. In addition, there have been 89 births in the ambulance.

Dr. Harsha de Silva addressing the historic moment of the ambulance service launching in the Eastern Province providing coverage to the whole of Sri Lanka said:

“Today is a truly special day for the Suwaseriya team. We must be proud to have reached today’s final milestone despite a journey that began amidst many challenges. This service has been so successful because of the commitment of our Suwaseriya team. They perform their duties to the best possible level not thinking of it as their job but as a service to the nation. As a team leader, I am extremely proud of the service they provide. The service will be expanded in the future to further its capacity to save the lives of our people.”