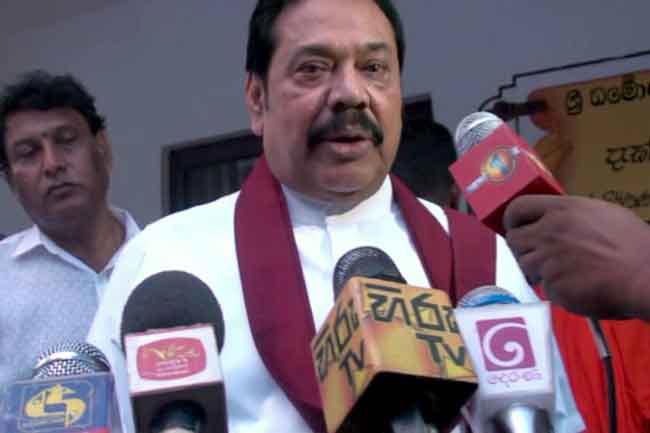 This is no time for experimentation - Mahinda

Opposition Leader Mahinda Rajapaksa says that there is no time to abolish the 19th Amendment to the Constitution during an election period.

He mentioned this to the media following a function held at the Madawela Rajamaha Viharaya in Hanguranketha.

Stating that he did not observe any ill effect of the 18th Amendment, Rajapaksa says that he is grateful towards the President for realizing this about the 19th Amendment at least now.

However, the elections will be held in just 4 months and there is no time for experimentation, the Opposition Leader further said.

Further speaking, he said that there is no point stating anything without obtaining the two-thirds power at the parliament needed to amend the Constitution.