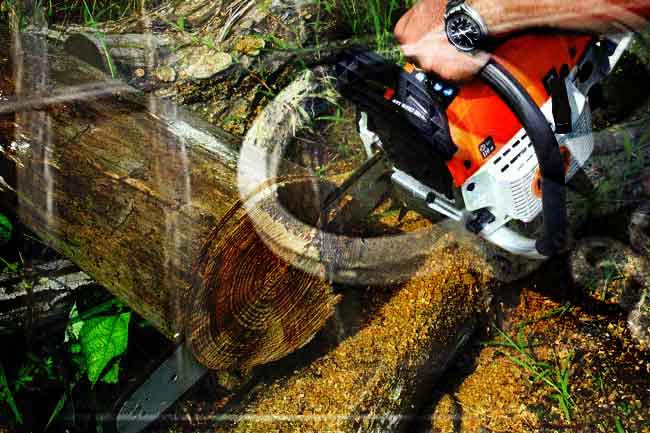 A special raid has been carried out at the Gonaketiya rubber estate area in Soragune-Haldummulla by the Haputale Police Special Task Force (STF) officers.

The raid carried out at around 1.30 pm yesterday (23) has led to the bust of a mobile sawmill operated without proper licensing.

A person who had run the sawmill which used chainsaws has also been arrested at the raid.

The arrested suspect has been handed over to the Haputale Forest range Office for further investigations.

Sawn Jackfruit and other wood, a chainsaw and other equipment used for in the sawmill have also been seized at the raid.