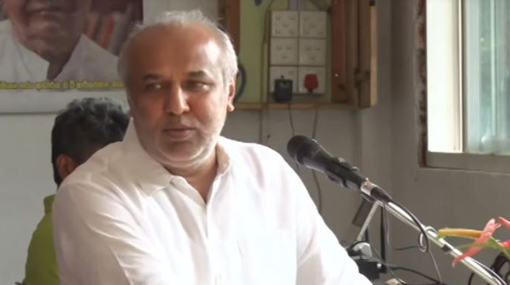 Invisible force is behind Easter attacks, not ISIS - Hakeem

Former Minister Rauff Hakeem says he does not believe the fact that the ISIS is behind the terror attacks on Easter Sunday.

Addressing a public meeting held in Thalathuoya area, the minister stressed that an invisible force is behind these attacks.

The former minister emphasized that a fair investigation should be conducted into the terror attacks.

Denying the MP Gammanpila’s statements, the former minister said he has confirmed through the chief of the Department of Census and Statistics that Sinhalese-Buddhist population has increased from 10 percent ever since Sri Lanka’s first ever census in 1881. He added that no other ethnicities have had such a growth rate during the past years.