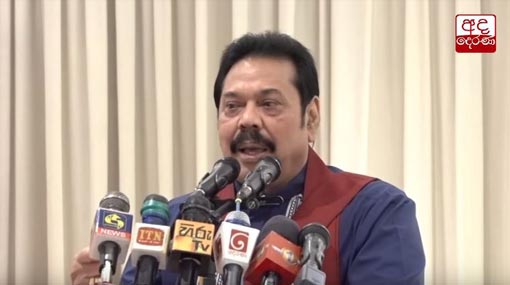 We didnt let people feel burdened by war, maybe we should have  Mahinda

A country should be disciplined enough to prioritize national security, says the Leader of the Opposition Mahinda Rajapaksa.

Addressing an event held in Kandy last night (23), the Opposition Leader said in a country without national security everything else crumbles.

Stating that he had created an era where everyone can live without fear, the Opposition Leader said people believed in him to bring an end to the war.

He added, despite the prolonged war, people were not burdened at the time. The Opposition Leader says, however, this was not the right thing to do and that people should have been allowed to feel the burden.

Stressing on the fact that the government has become unstable, the Opposition Leader said the President and the Prime Minister are divided on their opinions, the citizens are left vulnerable.

The Opposition Leader says the people have now lost the right to live as well as the right to practice a religion.

The only person in the government who has a correct understanding of the security situation in the country is the former Army Chief MP Field Marshal Sarath Fonseka, he further said.