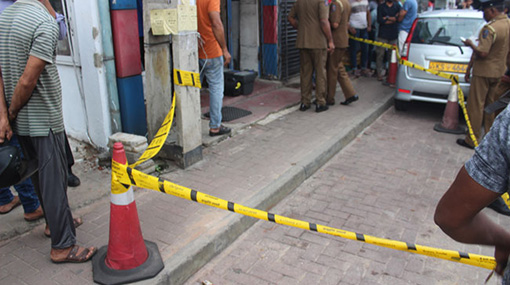 An individual who runs a building material shop has died after he was stabbed by a robber at his own store located in Galle Road, Dehiwala this evening (24).

The shop owner succumbed to injuries while he was being admitted to the Kalubowila Hospital, according to the Police.

A robber had broken and entered the shop when its owner was resting inside after closing the shop for lunch.

The robber had stabbed the 63-year-old shop owner when he attempted to prevent the suspect from robbing the shop. However, the suspect had later fled the scene.

The deceased was identified as Abdul Hashiz, a father of three residing in Nedimala, Dehiwala.