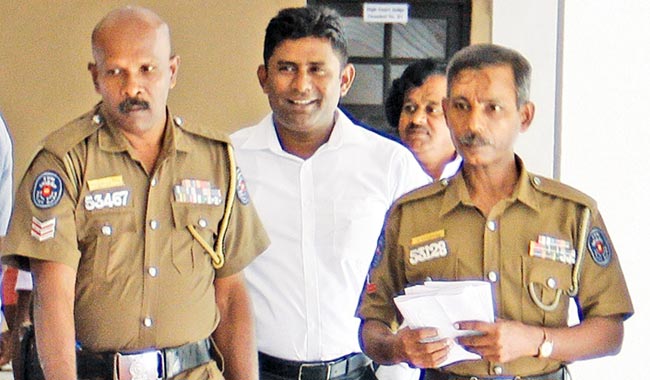 The Attorney General has requested the Chief Justice to appoint a Trial-at-Bar to hear the first ever elephant trafficking case in the legal history of Sri Lanka.

The case is filed against the elephant trafficking kingpin Samarappulige Niraj Roshan alias ‘Ali Roshan’ and seven others under 36 charges with regard to the possession of five elephants without licenses and racketeering.

Amongst the accused is an Assistant Director of the Wildlife Conservation Department and close relatives of ‘Ali Roshan’.

The 33 charges against the accused include, conspiracy to traffick elephants, trafficking of elephants, unlawful possession of elephants under the Fauna and Flora Protection Act and retention of stolen public property (elephants) under the Offenses against Public Property Act.

The letter forwarded to the Chief Justice mentions that the Attorney General has ruled that the relevant case which is of national importance and might result in public uproar should be heard before a Trial-at-Bar without a jury.

‘Ali Roshan’ was arrested by the Criminal Investigation Department (CID) on September 7th, 2018.

The Attorney General had then filed 27 charges against ‘Ali Roshan’ and six other defendants under the Offences against Public Property Act, with regard to the possession of four elephants without licenses and racketeering.

The other defendants of the case include Assistant Director of the Department of Wildlife Upali Padmasiri and a former clerk of the same department B. Sanjeewani.

However, on 7th March 2019, the Special High Court rejecting the charge sheet submitted by the Attorney General and released ‘Ali Roshan’ and the other defendants, claiming that it has no jurisdiction to hear the cases filed against them for alleged possession of elephants.