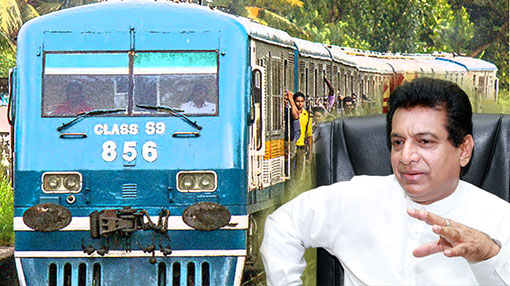 Railways to be declared an Essential Service; retired officials to be recruited

A Gazette notification will be issued declaring Sri Lanka Railways as an Essential Service, according to State Minister of Transport Asoka Abeysinghe.

After ending the token strike, trade unions warned that they would resort to strike action on every Friday until a solution is provided for their issues.

Meanwhile the Ministry of Transport and Civil Aviation today announced that a decision has been taken to recruit retired engine drivers, station masters, railway guards and other officials.

The ministry stated that a programme will take place at the Shalika Grounds in Narahenpita at 9.00 a,m, on Friday (June 28) in order to recruit retired railway employees for certain positions.

Secretary to the Ministry of Transport and Civil Aviation L.P. Jayampathi requests retired train engine drivers, railway guards, station masters, signal inspectors and railroad track inspectors to participate in the programme which is being organized under the direct supervision and participation of Minister Arjuna Ranatunga and State Minister Ashoka Abeysinghe.