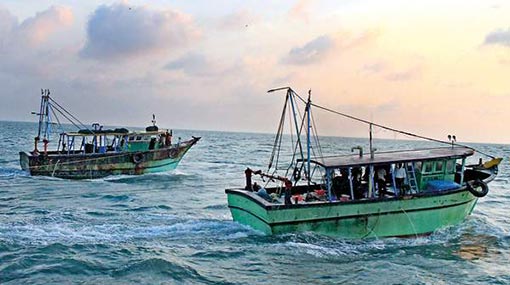 Sri Lankan Navy arrested four Indian fishermen when they were fishing on the high seas in the Palk Bay on Wednesday on a charge of trespassing into the territorial waters of the island nation.

The fishermen – Selvaraj, Nambuvel, Selvarasu and Balakrishnan – who set out for fishing from Rameswaram fishing jetty in the morning were reportedly arrested by the Lankan navy after they allegedly crossed the International Maritime Boundary Line (IMBL). The navy also confiscated their boat, Indian media said.

Indian Fisheries department officials said that they were orally informed about the arrest and had not received any official communication.

This was the first arrest in the new fishing season that began on April 15 after the end of the 61-day fishing ban period. In the first few days, the Indian fishermen avoided getting closer to the IMBL as they were getting good catch in the Indian waters.