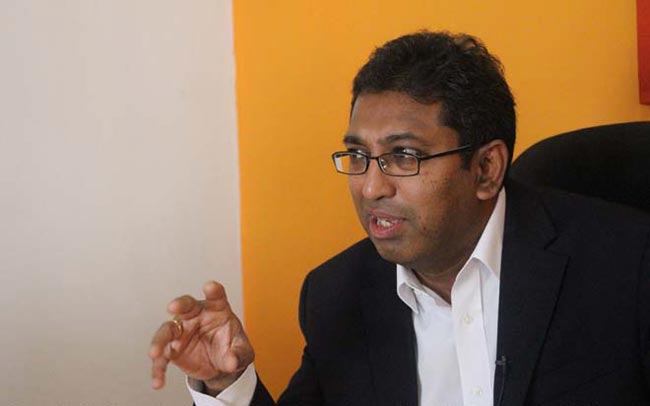 Posting on the Millennium Challenge Corporation (MCC) on Twitter, Non-Cabinet Minister of Economic Reforms and Public Distribution Dr. Harsha de Silva says that the President will throw away a gift of USD 480 million believing the lies of the Opposition.

According to the Minister, the MCC agreement was developed by a Sri Lankan economics team along with Ricardo Haussmann the Director of Harvard’s Center for International Development and his group to address constraints to the growth of Sri Lanka.

He says that the President should understand the constraints to Sri Lanka’s growth as it the basis of the MCC agreement.

According to the UNP Minister, the Secretary to the President had been asked to arrange a meeting for the US Ambassador to Sri Lanka Alaina B. Teplitz and President Maithripala Sirisena to brief on the facts of the MCC. However, the President has not given her an appointment for the past 2 months, said Silva.

Stating that ‘fictional nonsense’ on MCC is being ‘sold to the masses as fact’, Silva affirms no land is given to the United States through the agreement.

Minister Silva says that it is an ‘embarrassing tragedy’ that the President is throwing away the grant of USD 480 million by readily believing the lies of the Opposition.

The tweets of Dr. de Silva: