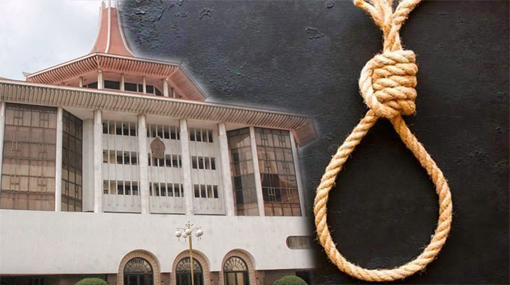 The Supreme Court has delivered an interim order preventing the implementation of the death penalty until the 30th of October.

The order was delivered by a three-judge bench consisting of Supreme Court Justices Buwaneka Aluwihare, Prasanna Jayawardene and Gamini Amarasekara.

Twelve petitions filed with the Supreme Court against the implementation of the death penalty were taken up for consideration before the judge bench today (05).

President’s Counsel M.A. Sumanthiran, appearing on behalf of the Fundamental Rights (FR) petition filed by Attorney-at-Law K.H. Geeganage, pointed out that imposing the death sentence on four selected death row inmates is a violation of Article 12 (1) of the Constitution which ensures that all persons are equal before the law and are entitled to the equal protection of the law.

PC Sumanthiran accordingly sought the Supreme Court to deliver an interim order preventing the implementation of the death penalty as it is a violation of fundamental rights ensured by the Constitution.

Deputy Solicitor General Nerin Pulle, presenting submissions on behalf of the Attorney General, told the court that the death penalty is a punishment compliant with the Sri Lankan law.

Accordingly, the Deputy Solicitor General pointed out that implementing the death penalty does not violate any fundamental rights ensured by the Constitution.

Considering the submissions, the Supreme Court ordered that the FR petitions filed against the death penalty would be taken up again on October 29th.

The Supreme Court then delivered an interim order preventing the implementation of the death penalty until the 30th of October.