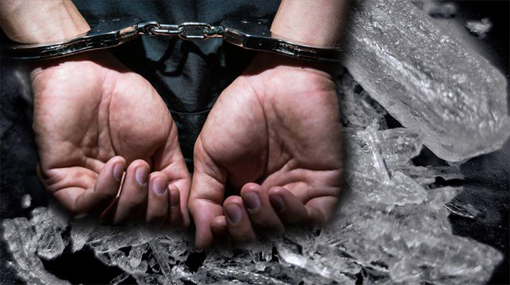 A Laotian national has been arrested at the Bandaranaike International Airport (BIA) while in possession of 2kg 623g of Crystal Methamphetamine also known as ‘Ice’, says the Police Media Spokesperson SP Ruwan Gunasekara.

The contraband was reportedly hidden inside a false bottom of the suspect’s luggage.

The arrest was made by the officers of the Police Narcotics Bureau (PNB) attached to the BIA, SP Gunasekara said further.

The 25-year-old Laotian national has arrived at the BIA from Kuala Lumpur, Malaysia at around 12.10 a.m. this morning (08).

The suspect is to be produced before the Negombo Magistrate’s Court, the Police Media Spokesperson said.

The PNB is conducting further investigations into the incident.