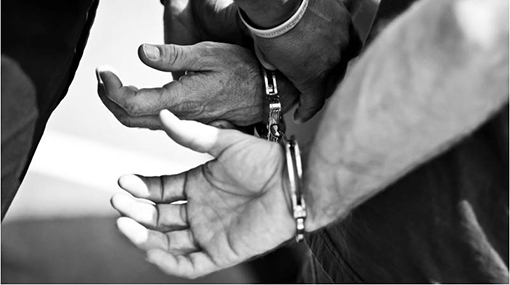 A 29-year-old youth, who had allegedly received training with the ringleader of Easter Sunday attacks Zahran Hashim, has been arrested in Peradeniya, says the Police Media Spokesman SP Ruwan Gunasekara.

The arrest was made by the Terrorist Investigation Division (TID).

The youth was identified as Mohammadu Muktar Ashik Razak who had been residing at Hendeniya area in Peradeniya.

It was reported that he had received training with Zahran Hashim at the camp in Aruppola, Kandy.

SP Gunasekara said the TID’s investigations had uncovered a great deal of information on the suspect.

Meanwhile, two other suspects have been taken into the custody of the TID today (09) pertaining to the ongoing investigations.

The suspect, who is a Maulavi, was investigated upon while holding him at the Police station and it was revealed that he had trained with Zahran Hashim at Blackpool area in Nuwara Eliya.

The other arrestee is a 21-year-old youth named Sahul Hameed Hizbullah from Silmiyapura in Welimada.