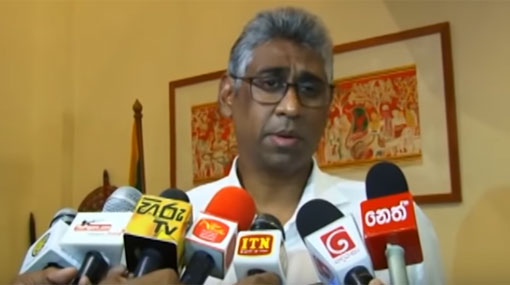 Sri Lanka’s Muslim parliamentarians have decided to handover a proposal to Minister of Justice Thalatha Athukorale today (15) regarding the amendments required to be made to the Muslim Marriage and Divorce Act.

UPFA MP Faiszer Musthapha said that Cabinet approval will be obtained for the proposed amendments in the near future and that subsequently it will be tabled and adopted in the Parliament.

During a recent discussion held with the participation of the country’s Muslim Ministers and MPs, an agreement had been reached with regard to the sections of the Muslim Marriage and Divorce Act that need to be amended.

Accordingly the group of Muslim MPs has presently prepared a proposal on how the act should be amended and it is expected to be pesented to the Justice Minister.

The proposal reportedly contains 11 amendments to the Act including the legal age for a Muslim marriage.

He also said that steps will be taken to carry out the issuance of Halal certification thorough the Sri Lanka Standards Institution (SLSI), similar to what is being done in Singapore.