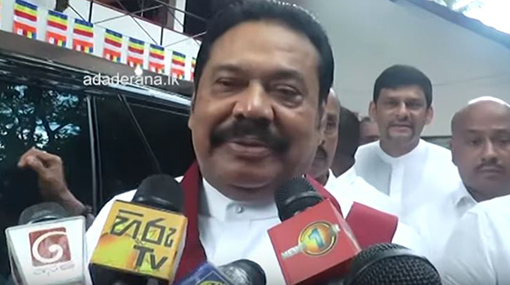 The death penalty should not be implemented although it continues to exist as a punishment, says the Leader of the Opposition Mahinda Rajapaksa.

He stated this speaking to the media following an event held in Piliyandala area.

Responding to a question, the Opposition Leader said despite President Maithripala Sirisena’s view that implementation of the death penalty can curb the drug menace, the majority of the people in the country does not think it is unnecessary.